What really is the Better Business Bureau? Let the World’s Leading News Organizations and Members of the U.S. Government explain it to you…

Some consumers ask, “Is Starlets an “accredited” member of the Better Business Bureau or the BBB?”, without really understanding what the “BBB” actually is. 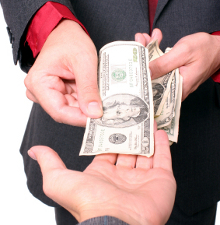 Many consumers are shocked to find:

Don’t Listen to Us; See for yourself:

An ABC “BBB Scam” Follow Up with Diane Sawyer Here!

See what Florida Congresswoman Corrine Brown says about the BBB:

“Unfortunately, I have learned that we have within our country a private organization that with the appearance of being quasi-governmental and without any legal or regulatory oversight and control can libel and slander and tortuously interfere with a small business. They can do so with virtual immunity. This organization is the National Better Business Bureau and their franchise local Better Business Bureaus. At times, some of these bureaus classify small business owners as unsatisfactory, libel and slander them with opinion and innuendo, and provide them no due process to correct the problem.”

“Allegations include BBB commissioned salespeople creating fake so called “complaints” or “reviews” on businesses all over the country, which will then appear when a Google search is performed on the targeted business. BBB staffers then allegedly use them as a tool to extort money from the company, under the guise of BBB “membership”, which includes removal of the defamatory commentary, which they themselves fraudulently created.”

So the lesson here is this:

Most businesses today have no reason to be a part of the so-called “BBB”. It appears any business that “pays” the BBB will be “A Rated”, while businesses that don’t “pay up” will most likely, get an “F Rating”. 🙁

This has been proven through the various investigations conducted into the Better Business Bureau’s fraudulent business practices.

You may obtain reviews on ANY business for FREE, simply by conducting a business name search via Google, as most of you already know. Bad businesses can’t hide from the Internet!

EVERY business has positive and negative reviews.

It’s best to go by what the majority of the reviews say, whether it be positive or negative.

Product names, logos, brands, and other trademarks featured or referred to
on our blog or our website are the
property of their respective trademark holders.

The above are the opinions of various individuals, government officials and well-respected World Renown news organizations and not necessarily the opinions of The Starlets Company, any of its affiliates, owners, employees or agents. Please exercise your own independent judgement when reviewing the above commentary. This is for informational purposes only.

Follow Starlets on Facebook: Come join the now OVER 8,000+ fabulous families NATIONWIDE that LOVE and TRUST The Starlets Company! (don’t worry; you’ll love us too! LOL)

Follow Starlets on Facebook: Come join the now OVER 8,000+ fabulous families NATIONWIDE that LOVE and TRUST The Starlets Company! (don’t worry; you’ll love us too! LOL)

Enter your State and Zip Code

Sorry, we do not accept submissions from outside the USA